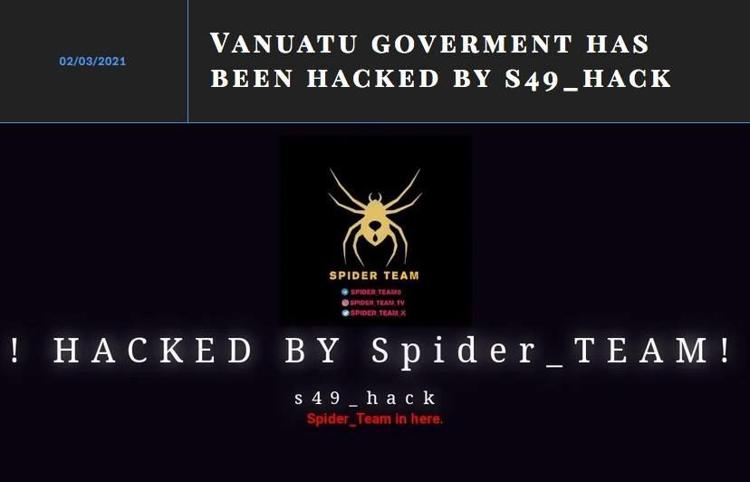 Multiple Government of Vanuatu Websites were defaced with the following banner

Joses says at the moment they cannot seem to identify who exactly is behind these attacks, however he says it was a targeted attack and that the attackers knew exactly what they were looking for.

Joses says it was only the websites which were taken down for an hour. He says all data is important to the people and projects in the government network. During the ongoing investigation, they are trying to prevent the effect of the attack from spreading in the network.

He says the attack took place on Wednesday evening and was detected by CERT early in the morning, the next day. CERT managed to get the websites running again, at 9am that day.

Joses says this is not the first time, this has happened. He says several hacks took place in 2018 and 2019, however these were made on websites hosted by third parties and not hosted by the Vanuatu government. Those attacks were not to the extent of this one.

Joses says they need better tools to respond to future attacks like this.

Joses advises everyone to always do what is best and that is by, changing passwords regularly, updating their systems regularly and to always use the proper security tools to detect any attack.

whatis.techtarget.com defines a Computer Emergency Response Team (CERT) is a group of information security experts responsible for the protection against, detection of and response to an organization’s cybersecurity incidents.